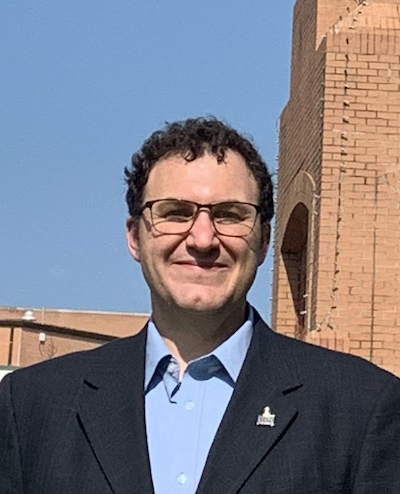 Dr. Ryan Lynch is a specialist in early Islamic history, specifically the Islamic conquests and the establishment (and representation) of the first Islamic states.

He is also the Graduate Program Coordinator and chair of the department's graduate committee, along with serving the Columbus State University Honors College as Faculty-in-Residence.

Dr. Lynch arrived to CSU in Fall 2016, having previously taught for the University of Oxford, Stetson University, and Middlebury College's Centre for Medieval and Renaissance Studies. His D.Phil. dissertation focused on the career and writings of the early Muslim historian al-Balādhurī, and much of his continued research and teaching interests center on the early Arabic historical tradition and the construction and interpretation of this early historical material.

Lynch teaches introductory classes on World History to 1500 CE, foundational classes on Historical Methods and the Digital Humanities, as well as seminar classes on early Islam, Late Antiquity, the Crusades, and the Caliphates. He was elected as the inaugural Honors College Faculty Fellow in 2018, and also teaches honors students within the College each semester.

You can read more about Dr. Lynch's research on his academia.edu webpage

Dr. Lynch's book on the life and writing of the early Muslim author al-Balādhurī (d. ca. 892 CE), titled Arab Conquests and Early Islamic Historiography: The Futuh al-Buldan of al-Baladhuri, was published at the end of 2019 with I.B. Tauris/Bloomsbury Academic.

Additionally, he has recently published:

He has also recently contributed to the reference publications The Oxford Dictionary of Late Antiquity (2018) and the upcoming updated and online version of The Routledge Encyclopedia of Medieval Islam. He was recently commissioned to write the entry on al-Baladhuri in the latest version of Brill's Encyclopaedia of Islam, the definitive reference publication in the field of Islamic studies and history.

Among his most recent conference presentations are: